A closer look changed my views.


I just returned from attending a Ram Katha organized in a middle-eastern country. Besides the natural beauty of that place, what I experienced first hand was the conservative dressing of the women-folk. Of course, in a way, it’s not new for me, being an Indian. I have seen it in my own country.

Worldwide, women have to behave in a particular manner, with restrain. In , we all are well aware of this fact. The more conservative the society, one sees more restrictions and rules. The eastern countries of and are quite known for the high level of restrain put on the fairer gender. The is an example, of extreme.

I’m using the word restrain for a specific reason. I am not judging, neither criticizing nor putting a label of right or wrong. Just observing !
Now the word ‘Restrain‘, is seen in almost all the religions of our times. Restrain on speech, restrain on food and restrain on sensual pleasures and behavior. I will expand this a little further:

A man is supposed to behave with restrain towards his elders and his superiors.
Like wise-
A student towards his teacher.
A child towards his parents.
An employee towards his boss.
A disciple towards his Guru.
What I’m trying to get at is; restrain is not something forced and levied only on females. It’s a way of behavior applied to all human beings in one department or the other. If we look close enough, restrain is a good practice, a Sadhana; discipline of sorts.

The middle-path of Buddha is precisely this: speak, dress and behave with restrain. We appreciate a man of few words rather than the one who babbles endlessly. Personal garb kept with the surroundings looks more appropriate and appealing. The way a man behaves, his actions speak a lot about his over all maturity and character.
Now, the more evolved a person, more freedom s/he has. However, watch closely, it’s incredible, how a evolved man has a high level of self-restrain; his behavior is strictly confined and guarded.

All spiritual Masters are a testimony of this. They weigh every word and movement before execution. Is it any surprise that whatever they say or do become sacred, it becomes immortal! Mind you, they are the very people who are free from any bonds or rules. They are true giants flying in the open skies.
M. k. Gandhi says, “The highest level of freedom comes with the greatest degree of discipline and humility.”

Self-restrain is a virtue to be developed and needs practice.
Restrain teaches: if you have it, do not flaunt it. Instead, know it to be a blessing from above and use for good of all. If one has more money, spend it on charity. If one is blessed with high intellect, use it for the good of society, at large. If one is showerd with above average beauty, make use of it to uplift the spirits, to higher realms of truth.

A closer inspection and introspection often leads to better understanding and foresight. Suddenly, the word restrain doesn’t seem so appalling after all. 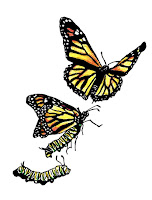